The NW Leinster Massif pegmatite-hosted lithium project is located in the north of the Leinster Massif (SE Ireland). The area is situated on and to the north, north-west and north-east of the East Carlow Deformation Zone. This regional shear zone is located on the eastern side of the Leinster granite massif, close to the contact between granite and meta-sediments. A 35km long zone of lithium- bearing pegmatites & aplites centred on the Aclare deposit was discovered during 1960s and 1970s near the Blackstair granite pluton contact with the Lower Palaeozoic’s and are considered genetically as well as spatially related to the East Carlow Deformation Zone. Recent discoveries by LRHR-Redzone at Aghavannagh and Tonygarrow may have extended this known zone by a further 25km and 40km respectively to the NE (total 75km). Literature research has noted historically recorded pegmatite veins with crystals of Killinite (a variety of spodumene (LiAlSi2O6) discovered at Killiney Hill (type locality) within the Dublin urban conurbation. Thus the presence of regular, discrete lithium bearing mineral occurrences extends along the entire strike length of the granite / meta-sediment contact – a distance of approximately 95km.

Two periods of reconnaissance prospecting have been completed across areas of six principal target areas of anomalous (Li) drainage identified by reviews of historical data – principally using a GSI regional stream sediment survey (1984-1986) – within the fourteen (14) licence block in NE part of the Leinster Massif in during 2018 (June and Oct-Dec). All fieldwork was conducted by Aurum Exploration Services on behalf of LRH Resources and a funding option agreement was signed with Redzone Resources Corp. (TSX.V: REZ) in October 2018. Work to date has highlighted a number of float occurrences of pegmatite-hosted spodumene and/or suspected lepidolitic mica and/or lithium phosphate mineralization together with other [indicator] pegmatites bearing beryl, apatite and orange garnets.

Visible spodumene has been discovered at four target areas Sorrel (June 2018) and in the current phase at Tonygarrow, , Aghavannagh and immediately south of Aghavannagh off-block (application process underway under competition rules). In addition, suspected lepidolitic (pink) micas have been noted at Aghavannagh and Knocknaboley. Taken together with the initial discovery in 2016 of a lithium bearing aplite at Scurlocks (0.3% Li / 0.64% Li2O), the reconnaissance prospecting work has therefore identified lithium mineralization or suspected lithium mineralization at five out of six high priority target areas. 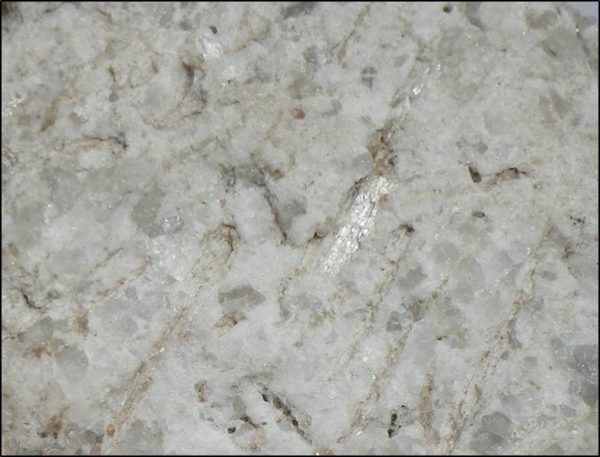