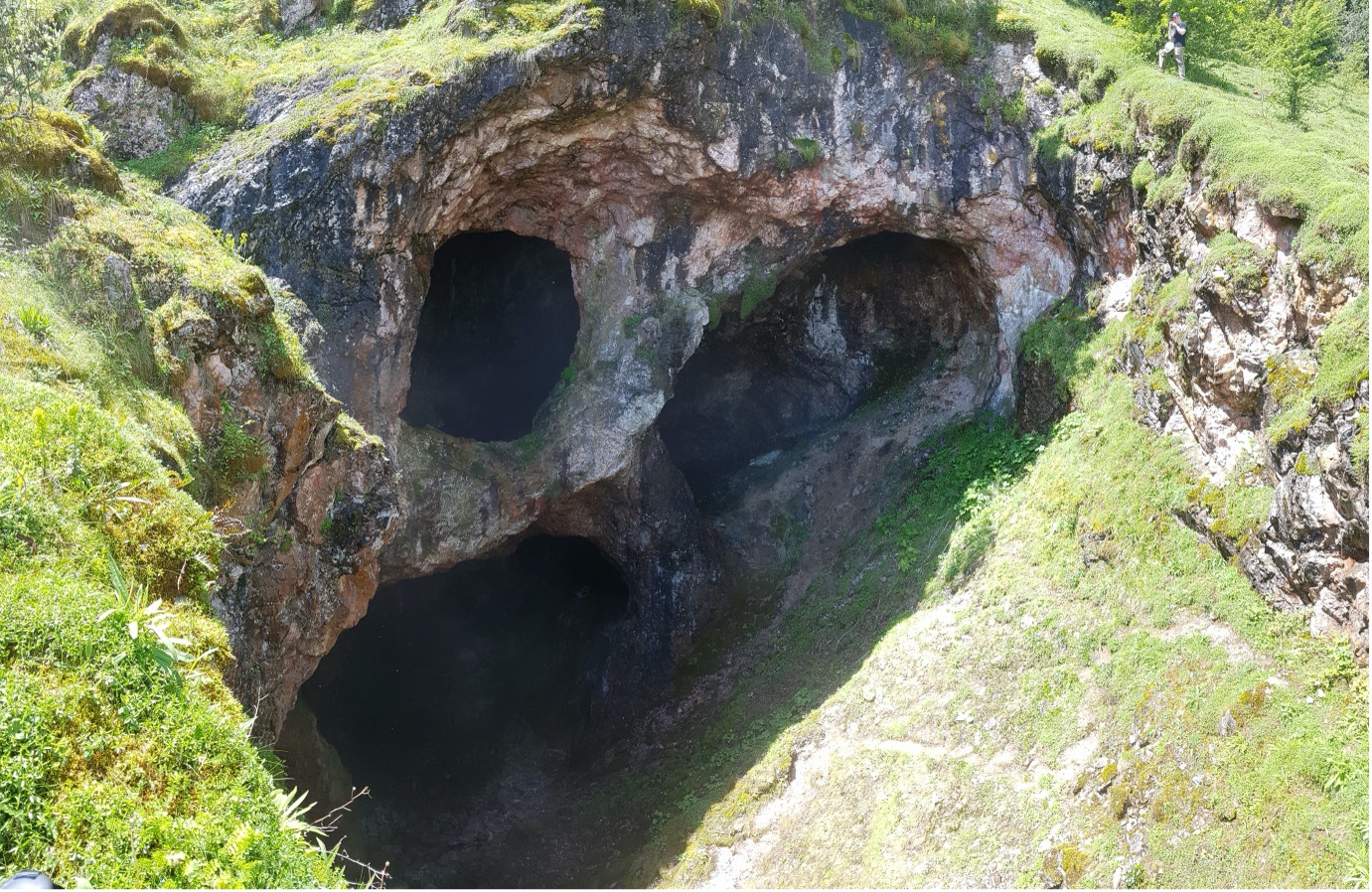 The Principality of Asturias is located on the northern coast of the Iberian Peninsula. The area has a rich and on-going history of mining stretching back some 6000 years ago to the early Bronze Age with the exploitation of copper bearing oxides at surface.  Later the region was explored by the Romans looking for both gold, copper and cobalt and it is the same geology that is now the current focus of exploration using modern exploration techniques across the region. Asturias has also in its more recent past exploited coal on a large scale across various parts of Asturias through the Government owned Hunosa and several large gold mines including the El Valle-Boinás Mine originally mined by Rio Narcea (1997-2006) and more recently by Orovalle \ Orvana Minerals Corp from 2009.

Our current work is focussed on exploring for Cu-Co-Ni mineralization, for our client LRH Resources which is now a subsidiary of London listed Technology Minerals PLC (TM:1). The work is being carried out across the 56.6 km2 Saint Patrick License area the first of 8 licences to be issued. The licence covers the entirety of the Sierra del Aramo mountain of central Asturias cored by Namurian aged carboniferous limestones. The targeting concept and licence acquisition was instigated by Wilson and Vaughan back in 2018 and we have been working there continuously since then along with our friend and colleague Santiago.

The Sierra del Aramo mountain has steep slopes on all sides, with a more gradual plateau terrain across the top with a maximum elevation of 1791 meters.  The plateau is mostly above the tree line, so the surface has little vegetation other than short grass and a high amount of outcrop.  In the summer and autumn months, there are herds of livestock (cattle, goats, and horses) grazing across the plateau providing a subtle choir of ringing bells from around their necks, typically the only thing one can hear across the mountain besides the wind.  The other animals most commonly encountered on the plateau are the livestock’s large guardian mastiffs always in close proximity and on the lookout to protect the herd from predators such as wolves, they can be intimidating, but quickly warm up to a hand that offers a small treat from your lunch bag.  Weather on the plateau can be extreme in the winter months, with temperatures well below 0°C and snow fall possible in to May, however, even in the summer months, rain is common and high temperatures rarely exceed 20°C.

The Sierra del Aramo region was initially recognized for its potential for the target mineralization given the presence of the Aramo Mine located on the SE slopes of the mountain, worked periodically for copper since the early Bronze Age to the mid-20th Century.  There is relatively very little historical information regarding either the Aramo Mine or the overall mineralization in the area, so much of the data and knowledge gained to date has had to be through on-the-ground collection and experience.

Since January of this year, prospecting across the plateau has been quickly progressing (weather permitting) with multiple types of samples being collected and a growing number of mineralized small works identified along with numerous large zones of alteration and/or brecciation.  Most prospecting days on the plateau start with an ascent by car utilizing small roads that access various regions of the plateau.  From these small roads, we begin our daily hikes in to the remote terrain, typically routes planned out ahead of time to use the terrain in our favour when possible, link together sets of predefined soil sample locations testing remote sensing anomalism, and passing through areas of interest previously identified using satellite imagery where lithogeochemical samples may be collected.  With every day in the field, our experiences lead us closer to understanding the overall geological story of the region, and even on a more uneventful day, it is still a good time spent on the Aramo plateau, with our hands of the geology and enjoying the beautiful Asturian mountain scenery surrounding us.

Further information regarding the Cu-Co-Ni exploration projects in Asturias, Spain can be found on the Technology Minerals PLC website: https://www.technologyminerals.co.uk/projects/officiis-rerum 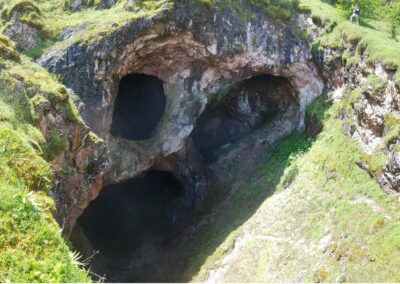 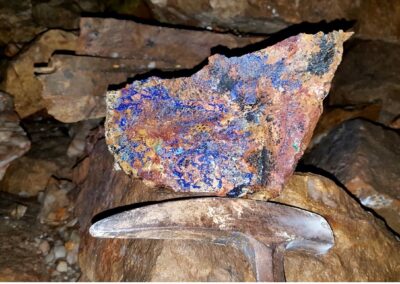 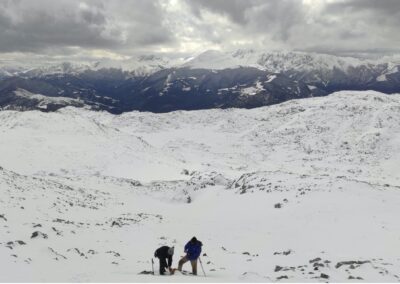 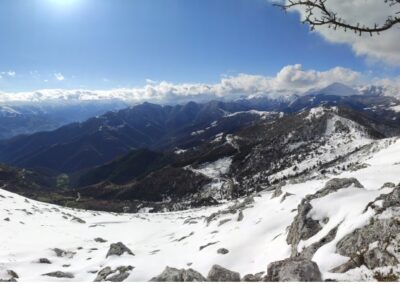 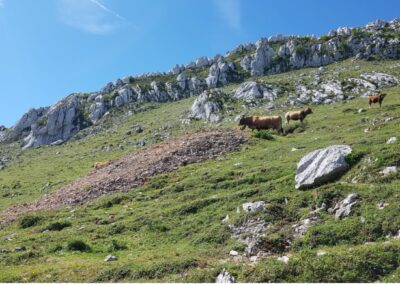 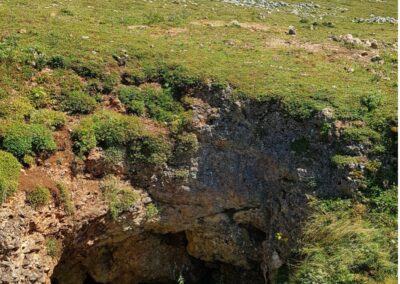 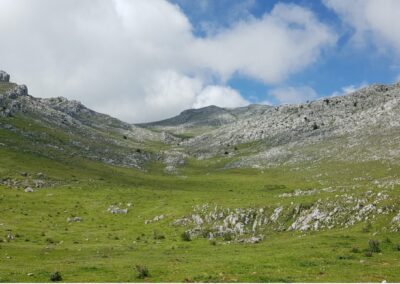 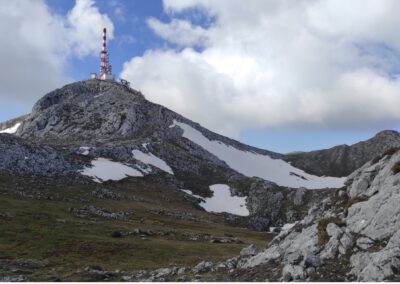 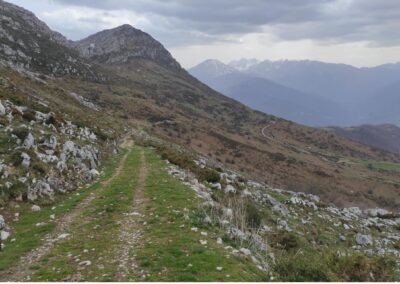 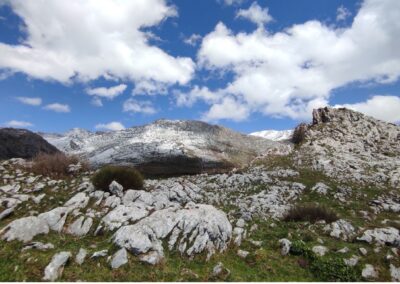 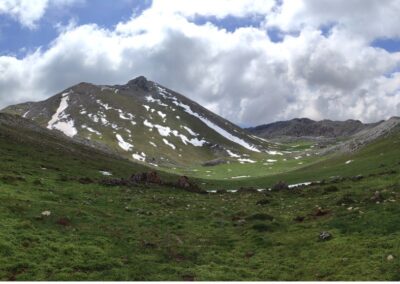